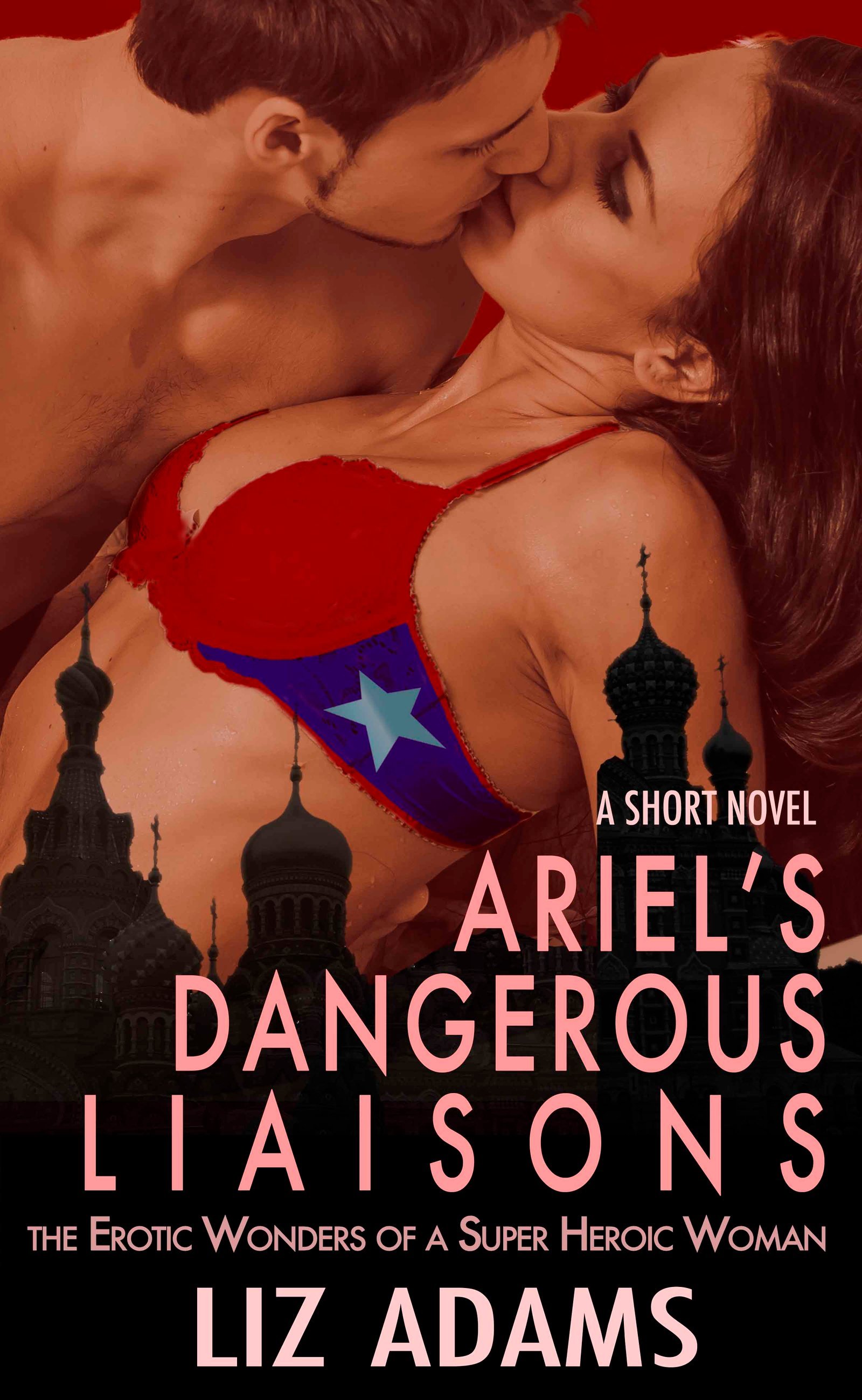 I turned to Danny and Sergei expecting their full attention on me, the pretty foreigner. Instead, they spoke to each other in Russian. I eavesdropped.

Sergei blew out a puff of smoke and spoke softly to Danny who was nursing both a beer and a cigarette. “When we first enter the store, you’ve got to be confident. Always point your gun at the cashier’s face. Scare him. Otherwise, he’ll never hand over the cash.”

Danny motioned with subtle jerks of his head at me.

“Don’t worry.” Sergei leaned back in his chair and peered at me. “The American idiot doesn’t understand a word we’re saying.”

I pasted on a goofy grin and spoke in English doing what I could to sound like an airhead. “What are you guys talking about?”

Sergei dismissed any worry with a wave of his hand. “Is nothing. Just business. Is boring.”

Danny finished his cigarette and peeled the label off his beer bottle. In Russian, he continued his conversation with Sergei. “How much time will we have to escape?”

“From the time we leave the store, the cashier will probably call the police. That will give us at least seven minutes to get to Pasha’s truck and escape. Plenty of time.”

“I’d still feel better if Pasha knew what we were really doing.”

“Trust me. The less he knows, the better.” Sergei rolled up his sleeves. I sucked in a breath. A tattoo of a sickle cutting two arrows, the same symbol that had been branded on my father’s forehead, peeked out. “Pasha’s the kind of guy who won’t do anything against the law. Even if it’s in his best interest.”

Danny nodded. I examined Danny’s skin, and there it was, just above his wrist, the same tattoo. A shard of ice sliced down my spine. I shivered.

Shit. It was Pasha holding a large bottle of vodka. If he gave away that I spoke and understood Russian, his “friends” might be compelled to silence us.

I grabbed Danny’s hand and placed my other hand on his wrist. “So Danny, you said you met Pasha at a restaurant?”

“Yes.” Since he wasn’t exactly the alpha male of this crew, I knew he was the easiest guy to innocently interrogate.

“Which restaurant is it?” I flashed a flirtatious smile at him.

“Hey, Danny!” Sergei nudged his friend’s shoulder and spoke in English. “I think she like you.”

I ignored him and batted my eyelashes at Danny. “If you go to the restaurant so often, you must work there. Are you a waiter or a chef?”

There it was. The change in pulse, the eyes shifting away, but most important was the slight biting of his lip. I knew he was lying. His lip bite was the tell. I had successfully set the baseline for determining when he was lying and when he was telling the truth.

“Did you also meet Sergei at the restaurant?” I asked.

“Of course. He is my friend.” His eyes shifted right, then left, the lip bite.

I had to stay in character. “Do you like me?”

He blushed. Pasha and Sergei laughed.

I squeezed Danny’s hand. “You like me, don’t you, Danny?”

“Yes.” His pulse quickened, his eyes shifted away, but he didn’t bite his lip.

The other guys whooped and howled.

“Does your boss pay you well?”

I squeezed Danny’s hand again to keep his focus on me. “Is your boss a nice man?”

The truth. I may have figured out where the man who had my father tortured could be found.

“Does your boss run a lot of dangerous operations?”

“I do a lot of dangerous things.” Danny told the truth.

“So do I,” Sergei chimed in and smirked.

“Okay, okay.” Pasha separated my hands from Danny’s “Is enough.”

I overdramatized a pout, then winked at Danny. He smiled.